Liliana Cavani has confirmed her presence at the XVIIth edition of the Ravenna Nightmare Film Fest, the historic festival of Ravenna dedicated to the dark side of movies. The italian director will be at Palazzo dei Congressi on Saturday 2 November, just before the end of the Festival (30 October-3 November). She will meet the public in the interview conducted by the Director of Cineteca di Bologna Gian Luca Farinelli and will present her most famous film, The Night Portier, in the copy restored by the National Film Archive, in english with Italian subtitles. This is a very important copy because the restoration was carried out in 2018 by CSC-Cineteca Nazionale and Istituto Luce-Cinecittà starting from the original 35 mm negative, with the supervision of the director Liliana Cavani. This film perfectly fits into the new project of inclusion which embraces cinema in all its forms. This freedom of action has shown us new realities. Here takes place one of the most famous Italian director, who has worked over the years with an admirable coherence: she has probed, investigated, analyzed, the dark side of cinema and pheraps also the dark side of human being. Liliana Cavani will be awarded for the value of the work done and the official Festival poster will also be dedicated to her.

Liliana Cavani, known throughout the world also for her theatrical productions, has investigated the human soul through her entire production. She has in fact created masks and fetishes that we still find in fashion and in social life, but, even more, she has investigated uncomfortable themes such as racism, sadomasochism, homosexuality, fanaticism and violence, bringing to light the human nature of taboos believed to be incomprehensible. "There are so many beautiful and terrible things in the individual. Ignoring them would be foolish. The man has potentially everything in himself from alpha to omega. I mean the man who thinks, who imagines, who deepens, who seeks ... ". Liliana Cavani maintains her enthusiasm and continues to move in various artistic fields: in 2019 in fact she directed the opera La Traviata in Milan and attended the Berlin Festival to award actress Charlotte Rampling with the Golden Bear for the career. 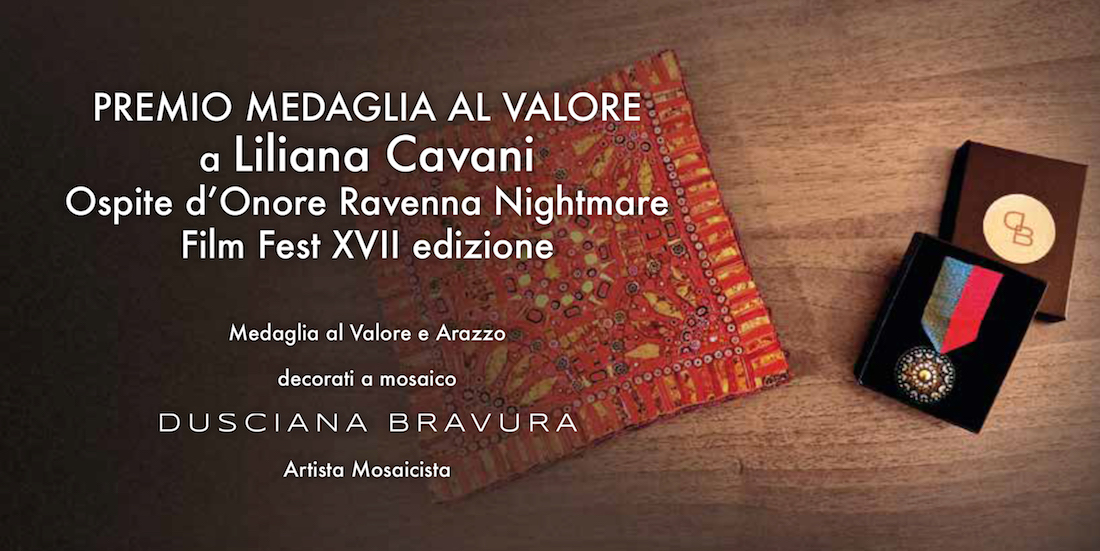 With The Night Porter(1973), Liliana Cavani breaks the narrative pattern, choosing as its protagonist a "hero of evil".  A nazi, who has become a hotel porter, finds a woman who survived the holocaust. They had a sadomasochistic relationship. The relationship starts over, but the woman has become a dangerous witness for other nazi. The film caused endless controversy in France, due to the choice of a Nazi as a protagonist, while in Italy the scandal was caused by sexual issues, despite the film was a success. The Night Porter investigates the ambiguity of human nature and in particular the mysterious relationship between victim and executioner. The cast includes Dirk Bogarde, Charlotte Rampling, Philippe Leroy and Gabriele Ferzetti.