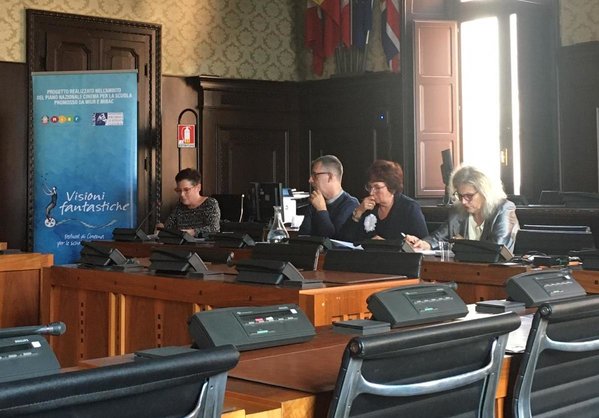 Ravenna, 11 October 2019, 11:30 am. In the hall of the town of Ravenna, during the press conference presenting Visioni Fantastiche, the new Festival dedicated to fantastic cinema, and Ravenna Nightmare Film Fest, the historic event dedicated to the dark side of movies - both created and organised by Start Cinema. During the press conference, the following speakers, directly involved in the projects, intervened: Elsa Signorino, Councilor for Culture of the Municipality of Ravenna; Agostina Melucci, Office Manager X - Ravenna Territorial Area; Franco Calandrini, Artistic Director of both Festivals; and finally Maria Martinelli, Start Cinema Communications Manager. 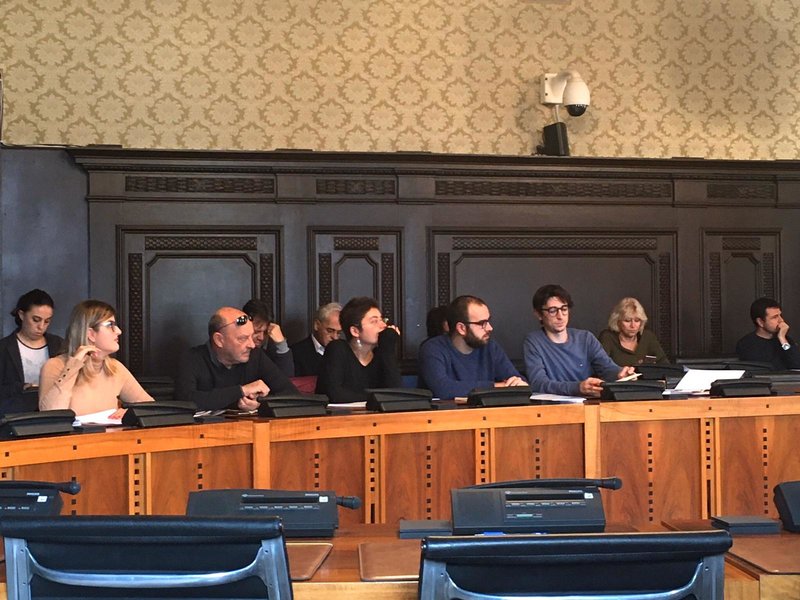 Ravenna Nightmare Film Fest opens its doors to an incredible program full of events and guests. The unmissable Opening Night on Wednesday, October 30th will enjoy the presence of Oscar-winning director Jean Jacques Annaud, who will illustrate the dark side of his cinema, on the occasion of the screening of his film Enemy at the Gates. The director will be the guest of honor also of Lamezia International Film Festival, taking place from 12 to 16 November 2019. Guest of honor at Ravenna Nightmare will be Liliana Cavani, one of the most famous theater and film director in the world, who will present her best-known film, The night porter in the restored version by CSC-Cineteca Nazionale and Istituto Luce-Cinecittà. The screening will take place on the evening of Saturday 2 November and will be preceded by an interview conducted by the Director of Cineteca di Bologna Gianluca Farinelli. In closing, on the evening of Sunday 3 November, Roberto de Feo's debut film The Nest, which will be attended by the director. The list of special guests does not end here. For Contemporanea section, Simon Rumley, one of the best British independent directors, with his gangster movie Once Upon a Time in London, Thursday 31 October, and FJ Ossang, with his 9 Doigts, winner of the Golden Leopard for Best Directing, shown on Friday 1 November. Finally, for section Ottobre Giapponese, Doi Koichi will present his Bonfire at dawn European film premiere, Friday November 1st, and Mujah Maraini-Melehi will present her documentary Haiku on a Plum Tree on Sunday November 3rd.

A list of important guests furtherly enriched by the official selection of the International Feature Film Competition, which will see some of the directors of the films in competition present at the Festival to attend the screenings and participate in the Q&As. Seven films have been selected: Les Garçons Sauvages by Bertand Mandico, The Wind by Emma Tammi, Muere Monstruo Muere by Alejandro Fadel, Sons of Denmark by Ulaa Salim, Feral by Andrés Kaiser, Nathan's Kingdom by Olicer Muñoz and Ira by Mauro Russo Rouge.
Also speaking for Ravenna Nightmare, Roberto Artioli, member of Circolo Sogni "Antonio Ricci", our co-organiser in the unmissable International Short Film Competition on Sunday 20 October. Section Ottobre Giapponese reflects the collaboration with the association A.S.C.I.G - Association for cultural exchanges between Italy and Japan. "It is a great pleasure that, also for 2019, the collaboration between Ottobre Giapponese and Ravenna Nightmare Film Fest has been renewed [...]. This year the pleasure is double, given that the collaboration extends to Visioni Fantastiche" - says Professor del Bene- "To the masterpieces of Miyazaki Totoro and Ponyo, we work with first works, such as Bonfire at dawn by director Doi Koichi, present at the Festival for the premiere of his film on November 1st, and the rare Restaurant with many requests and The magic ballad of the fox by Okamoto Tadanari. Three documentaries are part of the Nightmare-Visioni Fantastiche - Ottobre Ottobre collaboration: Never-Ending Man, on Miyazaki, Manga Do. Igort and the way of the manga on the encounter between Igort and Japanese culture and, finally, Haiku on a Plum Tree by Mujah Maraini Melehi, the director's touching tribute (also present at the Festival on November 3rd) to the grandparents, in the past years in Japan until the end of the Second World War."