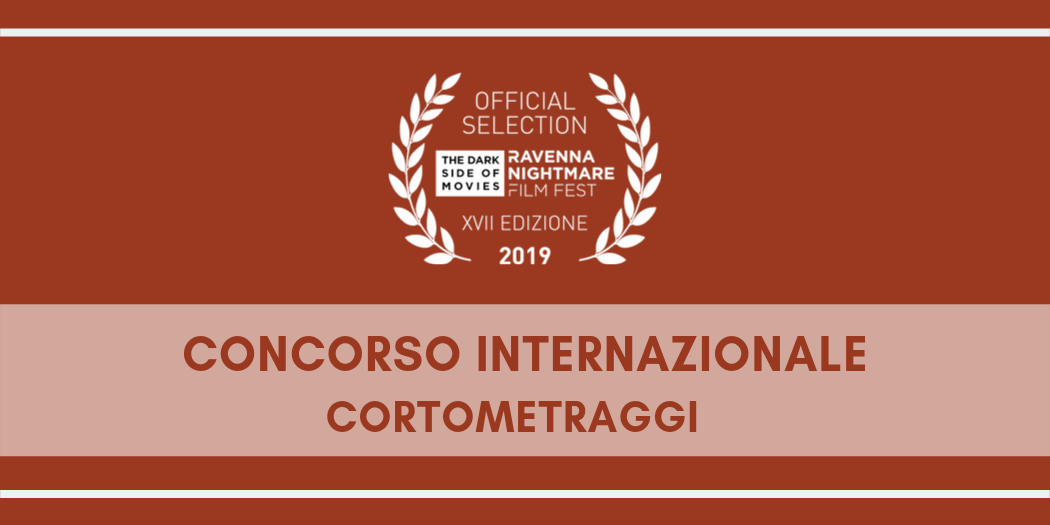 It will not be just the feature films characterizing Ravenna Nightmare Film Fest: also this year the best dark side of movies will be the protagonist also in short format with the appointment of the International Short Film Competition, which will be held on 20 October at 8:30 pm in Ravenna.
The event is in collaboration with Circolo Sogni "Antonio Ricci" and they will be the ones to open this special evening, which will see the presentation of 13 short films. From the bucolic Wild, to the dark forests of A Little Taste; from the apparent maternal joy of Wash to the fratricidal jealousy of Une Bonne Petite Fille; from the "social" murder of The Spectacle to the serial killing inspired by Frida Kahlo's artworks, with Broken Column. And again, from Skin's war between gangs, to Limbo's gender violence; from Gaslight vampires to the interrupted Sunday Masses of Resurrection; from the man with the gold blood of GoldBlooded, to the Sorcerers of Evil of Anacronte; to conclude with the hope in a better world of Scenario.

The event, entirely free, will be the last of the many premieres organized by the Festival taking place at Palazzo dei Congressi, just before opening its doors to the imagination with Visioni Fantastiche from October 21st to 29th and to the most primitive fear as early as the following day, officially announced by Nightmare Film Fest's XVII edition, which will begin on October 30th and end on November 3rd.