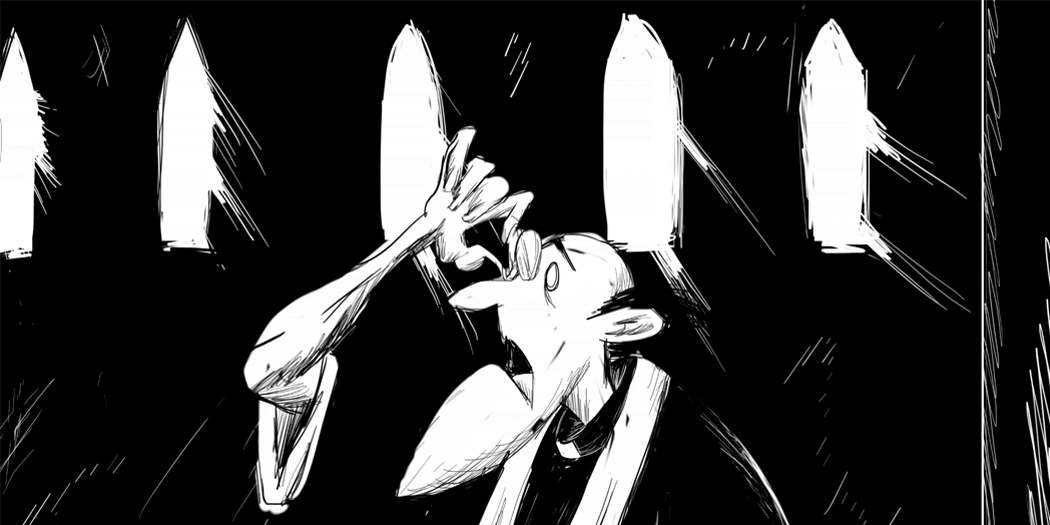 RNFF Online Edition continues with Resurrection by Otto Guerra and Rodrigo Guimarães (that can be seen online for free until June 11), another short film that was presented within the International Short Film Competition of Ravenna Nightmare's last edition. We want to truly thank the director Otto Guerra and screenwriter Rodrigo Guimarães, as well as the whole film crew, for joining the project that is allowing us to share with our audience a series of exclusive works, before the beginning of the 18th edition in November 2020.

Resurrection started as a storyboard made in 1985 by me during an animation workshop with animators from the National Film Board of Canada that took place in Rio de Janeiro. By that time Otto Guerra saw this storyboard and keep a copy with him. He later on rediscovered it around 2018 and contacted me about doing the film. He started producing the film with his team from OttoDesenhos and later on my company Dr.Smith! made the post-production, soundtrack, copies, publicity and entries for film contests. We found out that despite the story was created in 1985, it reflects to a large extent the present political and social mood of Brazil. For the last years after the 2016 coup the religion was captured by the extreme-right and is used as a trigger and excuse for violence and hate advocacy while the milionaire pastors use this rethoric to trick the poor and steal their money. (Rodrigo Guimarães)
www.drsmith.com.br
www.ottodesenhos.com.br