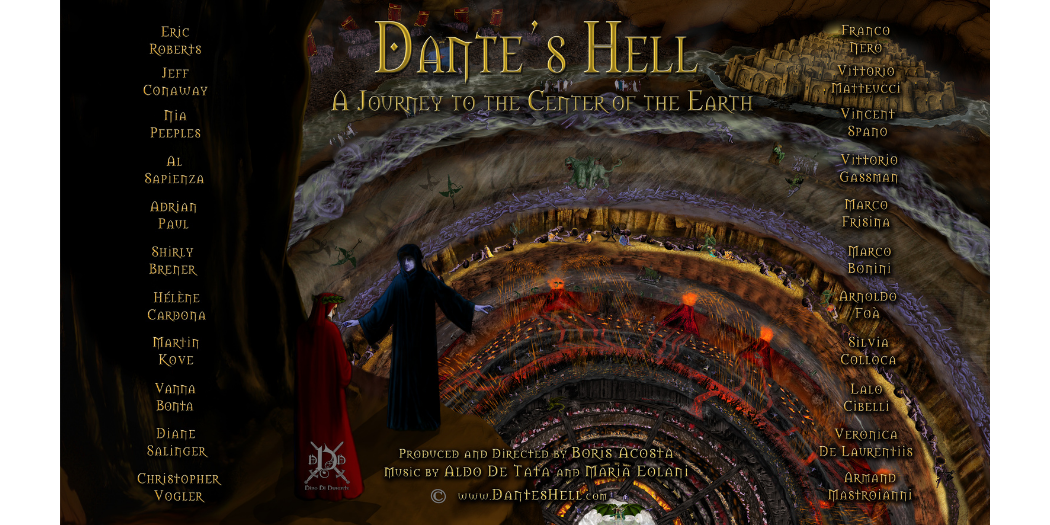 New this year, Celebrations is the section of Ravenna Nightmare that honors the best artists of our country, a moment to remember the great names of the past and bring them to the general public. Among the appointments of the section, on the occasion of Dante Alighieri's celebrations, Ravenna Nightmare Film Fest presents an itinerary to approach what will be the final celebration (in 2021) of the 700th anniversary of the supreme poet's death, focused on his most famous Canticle. Thus was born Waiting for Dante - New routes to Hell, which will present two works by director Boris Acosta, scholar and enthusiast of the Divine Comedy. The documentary Dante’s Hell and Inferno Dantesco Animato, an animated short film that narrates Dante's journey to the underworld. 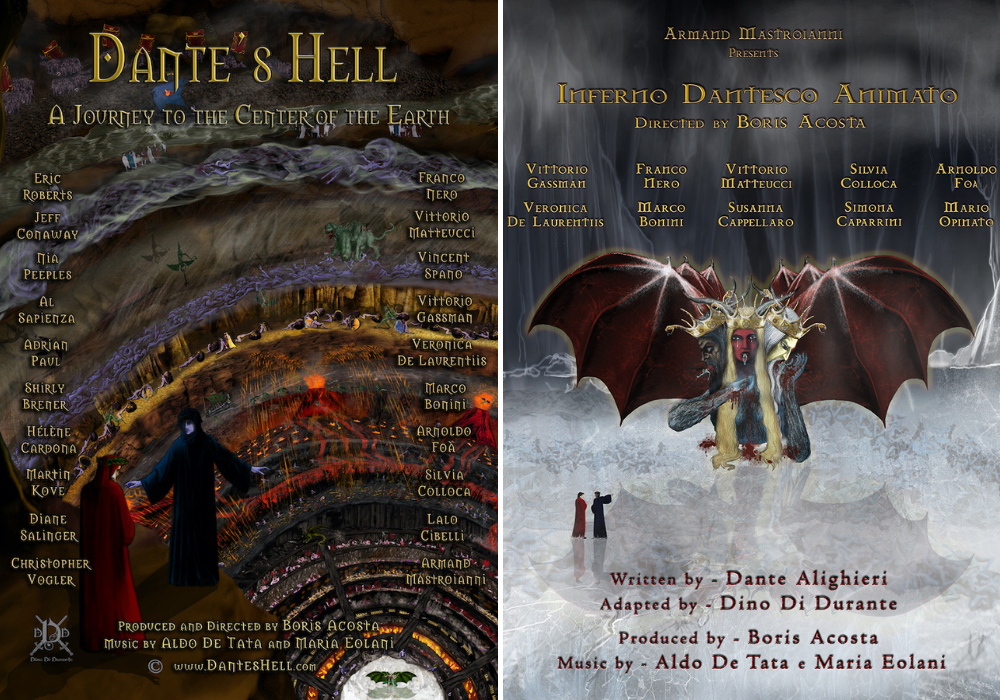 Dante's Hell is a family-friendly thriller and groundbreaking four-quadrant documentary, based on the story of Dante's Inferno, the first part of the Divine Comedy. The hellish journey begins in a dark forest where Dante is threatened by three wild beasts. He is saved by his hero Virgil at the request of Beatrice, who guides and protects Dante in his dark journey to the center of the Earth, where Lucifer resides, and in Purgatory.
Dante's Hell is a compelling documentary told by over 30 celebrities, scholars and artists from the US, UK, Italy and the Vatican. Visually, it features over 300 paintings and illustrations by Gustave Doré, among many other artists, and 72 original paintings by Dino Di Durante from Inferno - The Art Collection.

In Inferno Dantesco Animato Dante embarks on a journey through the first and most terrible part of the afterlife, Hell. The journey is presented as a chronological descent through the circles that make up the diabolical structure. Under the guidance of his teacher Virgilio, Dante will reach the center of the earth until he emerges in Purgatory. The film features over 50 original color paintings from the book "Inferno-The Art Collection" and is recited with Dante's words.