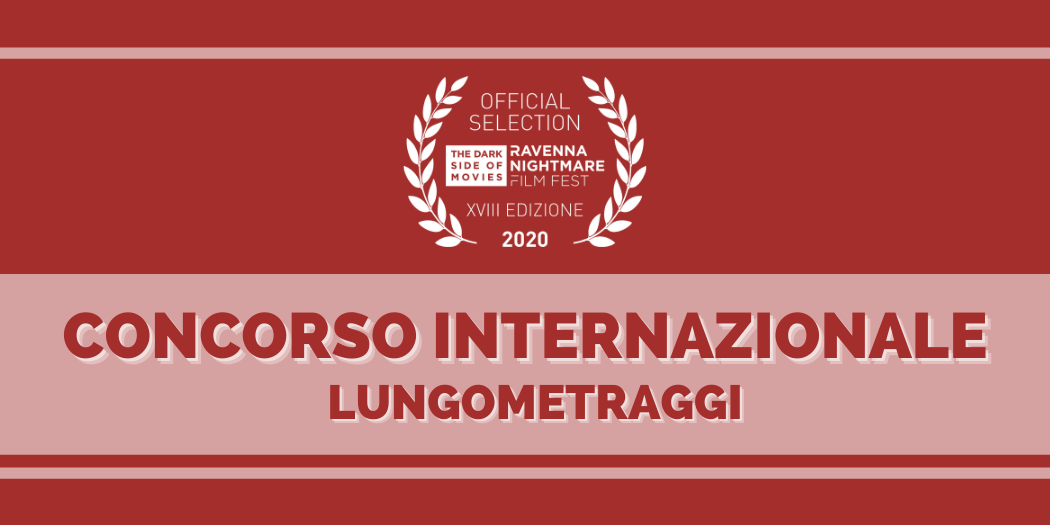 The International Competition will be presenting 7 feature films, premiering in Italy, attributable to the dark side of cinema to be understood in its broadest and most varied meaning. Viewers will vote directly on MYmovies.it and the film getting the highest vote will win the GOLDEN RING Award for BEST FEATURE FILM, created by the Goldsmith Master Marco Gerbella. All films will be introduced by the artistic consultant Silvia Moras. Furthermore, since 2017 another important award for feature films has been issued: the CRITICS' AWARD, awarded by a jury made up of directors, journalists and film critics. This year the Ravenna Nightmare jury is made up of a shortlist of special guests: Luca Infascelli, screenwriter of Lasciami andare and Brutti e Cattivi; Boris Sollazzo, journalist for Ciak and Rolling Stone, radio speaker for Radio24 and Radio Rock, as well as artistic director of various festivals; Pedro Armocida, artistic director of the Pesaro Film Festival and film critic at the Giornale, Ciak and FilmTv; Paolo Nizza, Sky journalist and author of the television column Mister Paura on Sky Cinema; Emanuele Sacchi, journalist and film critic, collaborates with MYmovies.it, Il Dizionario dei Film and Filmidee.it, and Simone Soranna, chief editor of LongTake.it, writes for Cineforum and is a Sky Cinema author.

The feature films admitted to the international competition are:

A synchronized swim team disappears into the pool during a performance. During the bath, a patient vanishes in the same way. An inspector decides to investigate with the belief that the events originate from a common mystery.

Olivia meets the ghost of a young girl, who starts following her home. To prevent the spirit from taking possession of her daughter, Olivia must discover the truth about the mystery she is involved in.

A young woman with a terrible scar asks a photographer to make her beautiful through photo correction. Faced with this new, splendid body, she feels torn apart by two of herself.

Based on a tragic news story, the film follows the events of a group of boys who, during a bachelor party, take on a bizarre hallucinogen, which turns the party into carnage.

El Señor, head of a small religious community, finds a child he thinks is the new messiah. But when his community is struck by a curse, El Señor is attacked by his own followers, including his three daughters.

On an isolated and mysterious Provençal street, various characters with crossed destinies meet in a disturbing psychological road-movie.

Three women decide to spend the weekend in an old South American estate. But everything changes when a strange excitement leads them to the place of a macabre ritual. The three thus find themselves in a world without rules, blocked in the nineteenth century.

FIND OUT MORE ABOUT THE INTERNATIONAL FEATURE FILM COMPETITION

RAVENNA NIGHTMARE FILM FEST XVIII EDITION
From October 31 to November 8 2020 on MYmovies.it
All the Festival films at 9,90€