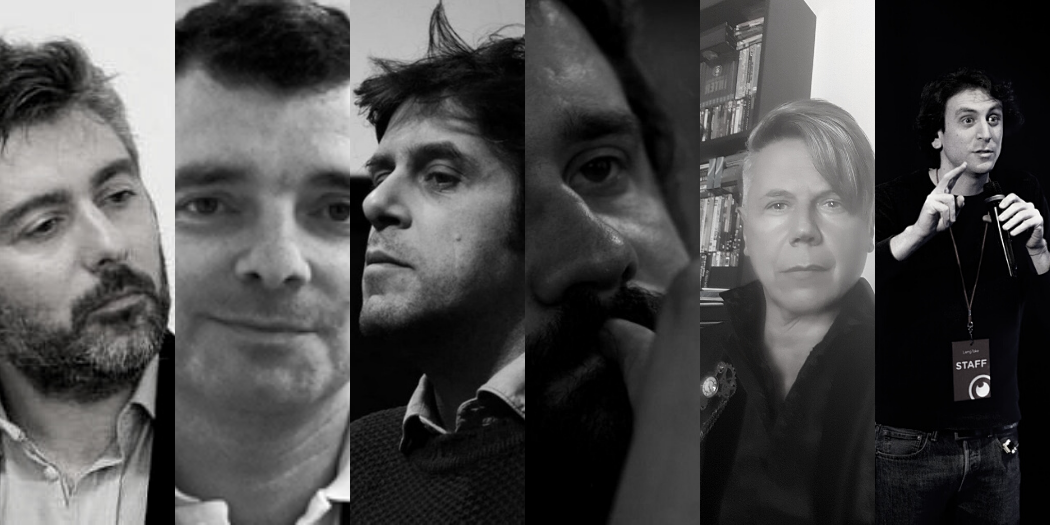 Emanuele Sacchi and Simone Soranna join the prestigious Jury of Film Critics of Ravenna Nightmare Film Fest 18th edition.
Journalist, film and music critic, Sacchi is a selector for the Festival dei Popoli in Florence. He also collaborates with MYmovies.it, FilmTv, Paolo Mereghetti's The Dictionary of Film and Filmidee.it. Coordinates Hong Kong Express and Asia Express. He is the author of 50x35mm. Soundtrack Rumorose (Homework, 2016), with Stefano Locati of The new cinema of Hong Kong. Voices and looks beyond the handover (Bietti, 2014) and with Francesca Monti of Richard Linklater. The drift of the American dream (Bietti, 2017).
Journalist and film teacher, Soranna is editor-in-chief of the LongTake.it portal, writes for the magazine Cineforum, works as a correspondent for major international festivals (Cannes, Venice, Berlin) and is the author of Sky Cinema television channel. He is also a lecturer on a project basis at the University of Milan Cattolica del Sacro Cuore. To date, he also manages the first viewing room of the Milan Film Archive. He has published a text entirely dedicated to DreamWorks animation cinema entitled DreamWorks Animation - The bright side of the moon (Bietti, 2020)

Sacchi and Soranna join the Jury, already made up of illustrious names in Italian cinema and film critic: Luca Infascelli, screenwriter of Lasciami andare and Brutti e Cattivi; Boris Sollazzo, journalist for Ciak and Rolling Stone, radio speaker for Radio24 and Radio Rock, as well as artistic director of various festivals; Pedro Armocida, artistic director of the Pesaro Film Festival and film critic at the Giornale, Ciak and FilmTv, and Paolo Nizza, Sky journalist and author of the television column Mister Paura on Sky Cinema. These judges will award the Critics' Award for Best Feature Film Directing to one of the 7 works presented in the International Competition, one of the most important awards of the Ravenna Nightmare.

"We are honored to be able to enjoy the acumen and sharp critical ability of these jurors who have done and are doing so much for the contemporary film scene - says Francesco Gamberini, press office of the Festival - Boris Sollazzo, Pedro Armocida, Paolo Nizza, Luca Infascelli and now Emanuele Sacchi and Simone Soranna, too, together give Ravenna Nightmare the right artistic and intellectual contribution to enhance and judge the films in the competition. In this way, the national dimension that Ravenna Nightmare assumes is even stronger. "

But that's not all! The films will also compete for another award: the Audience Award, which consists of the prestigious Golden Ring for Best Feature Film created by the Goldsmith Master Marco Gerbella. Viewers will be able to vote for their favorite film through the MYmovies.it portal, thus contributing to decree the best feature film of the 18th edition of Ravenna Nightmare. But what will these amazing films be? All unreleased in Italy, the seven films of the International Competition will belong to that dark side of cinema of which the Ravenna Nightmare is the icon. Carefully selected by programmer Silvia Moras, the films of the international competition will be a physical and mental journey into fear, restlessness, the unconscious, but also into desire, greed and sensuality.

The journey begins in Europe with Stranger, Dimitriy Tomashpolski's yellow ichthyophobe, which focuses on some mysterious aquatic disappearances. He then flies to Asia with two terrifying films: Followed, the Filipino thriller by Carlo Ledesma, centered on a terrifying spirit possession, and The Woman of the photographs by Takeshi Kushida, a disturbing Japanese body drama, in which a young woman asks a photographer to portray her in a new body. Back to Europe with Florian Bardet's Driving Animals, a disturbing road movie in which various characters with crossed destinies mysteriously meet. Then we arrive in Latin America with two macabre and surreal films: Luz: the Flower of Evil by Juan Diego Escobar Alzate, the story of a remote mountain community hit by a terrible curse, and La Sabiduria by Eduardo Pinto, a film in which three women, victims of a curse, find themselves catapulted into the nineteenth century. The journey ends in Europe with a film based on a true story: Spice boyz by Vladimir Zinkevich, the bloody tale of a bachelor party that turns into carnage.