From planet Arrakis to Ravenna: 𝗗𝘂𝗻𝗲 opens the cycle of 𝗙𝗲𝘀𝘁𝗶𝘃𝗮𝗹 𝗣𝗿𝗲𝗺𝗶𝗲𝗿𝗲 of the Ravenna Nightmare!

It will be Dune, Denis Villeneuve's blockbuster taken from the series of science fiction novels of the same name by Frank Herbert, to open Festival Premiere, a selection of premieres that each year anticipates the arrival of the Ravenna Nightmare Film Fest.

In collaboration with the multiplex CinemaCity Ravenna, Ravenna Nightmare Film Fest continues to promote auteur cinema in the original language through a popular pricing policy that over the years has found an increasingly large audience. Those who keep the screening ticket will be able to get a free admission to the Ravenna Nightmare Film Fest. The screening will be held on September 16th at 9.00 pm and the ticket will cost € 7.00. For more information: eventi.cinemacityravenna.it/evento/dune-ov/

After Lynch’s 1984 adaptation, Denis Villeneuve returns to Frank Herbert’s cycle of novels, which also inspired George Lucas and his Star Wars. Paul Atreides (Timothée Chalamet), a young man destined for an epic future, must travel with his family to the desert planet of Arrakis, one of the most dangerous in the entire galaxy. As different forces fight to secure exclusive possession of the spice, capable of unleashing the full potential of the human mind, Paul will have to defeat his fears to survive. 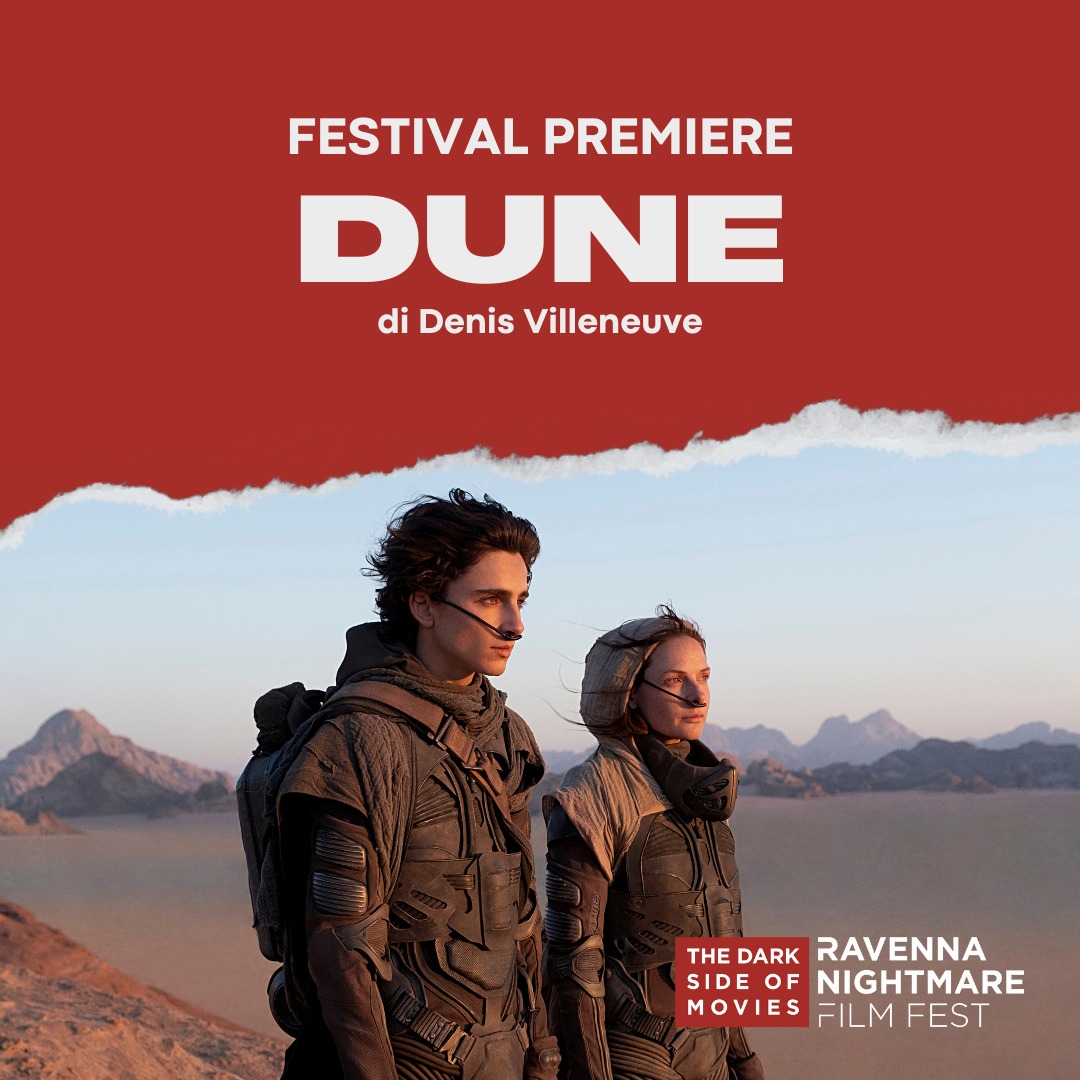