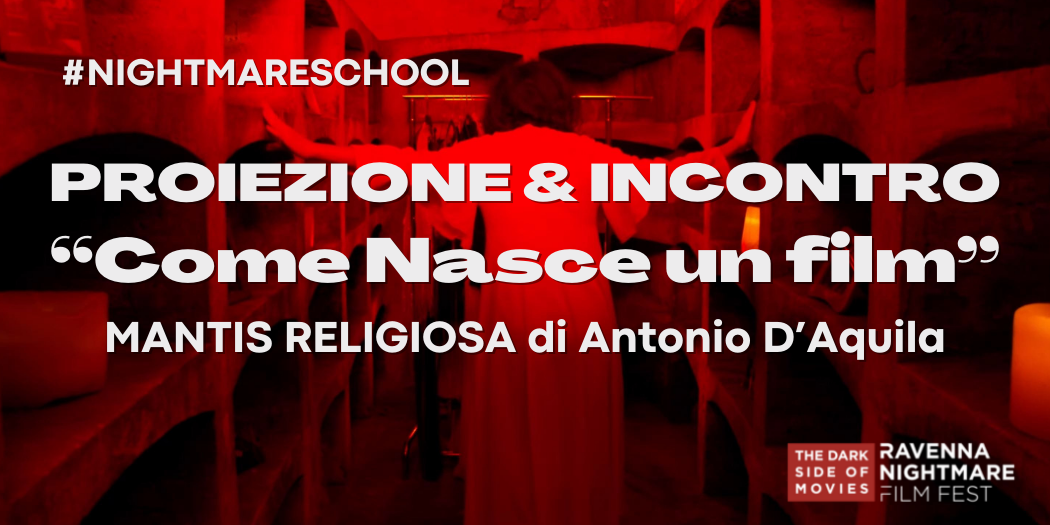 Among the education offers of the Nightmare School that are dedicated to secondary schools, there is the screening of Mantis religiosa by Antonio D’Aquila, followed by a conversation of the genesis of the film.

Born during the acting course CineLAB in Turin, the film is an experiment: a play between film genres and a work written through the actors’ bodies. Marta, a young single mother, is visiting a medieval castle to meet her new boyfriend Giorgio’s family. An illness will prolongue her stay in that place that reveals itself to be an haunting prision.

The screening will be accompanied by the meeting with the director Antonio D’Aquila, the main actress Rosanna Pantano and the production director Rosario I. Rauber Mendoza.

For the schools that want to attend the meetings, they can book calling the number of the Start Cinema secretary: 0544 464812 from Monday to Friday from 9.00 to 12.00 or the Start Cinema phone number 3495162425 or write to coordinamentoformazionestart@gmail.com