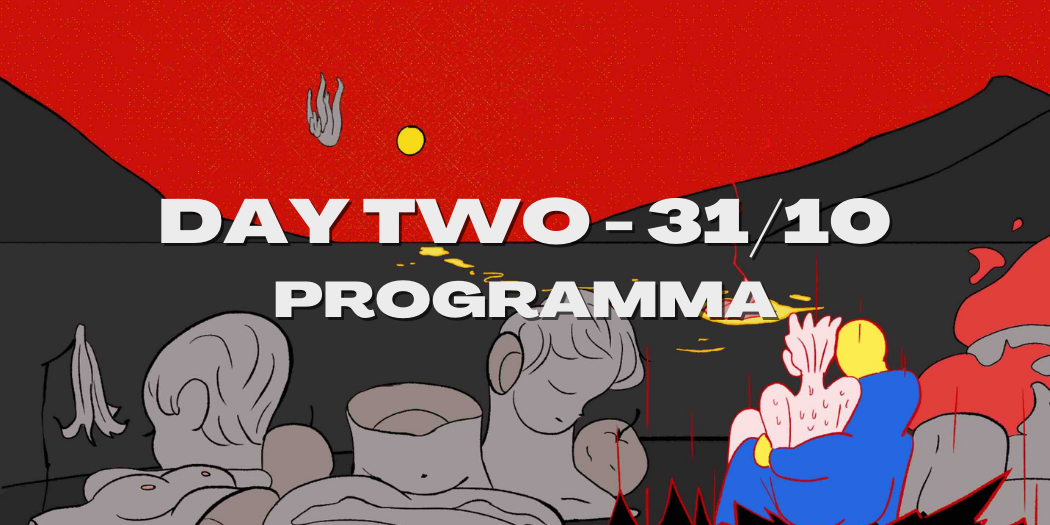 On Halloween, Ravenna Nightmare showcases a program focused on the dark side of cinema, looking at the past, at the present and broading its gaze on other realities thanks to Ottobre Giapponese. Visit us at Palazzo dei Congressi in Ravenna!

THE PROGRAM OF SUNDAY OCTOBER 31ST

Jeff Bailey is at first glance an ordinary man, but when the henchmen of the gangster Nick Sterling come to look for him, his dark past comes out.

The game developer and digital artist brings a selection of his short films, between experimentation and visual performance.

George Hellas, after a sad childhood and a tragic accident, turns into a robot. Through voices, memories, images the film recounts George's life and traumas, that brought him to end his life and being reconfigured into a robot, with a positronic brain, a brain that has all the memories of his human past.

In a dystopian world, where death doesn't exist, Adam proclaims his humanity by choosing a mortal life.

Eko makes the dreams of strangers come true, but one day the line between dream and reality vanishes.

Eva, a young doctor, starts to question her entire existence through a manuscript that makes her meet a doctor in the Prussia of the Eighteenth Century.

Giò finds out that some events that are terrorizing his town are very similar to the stories narrated in the last number of his favourite comic book.