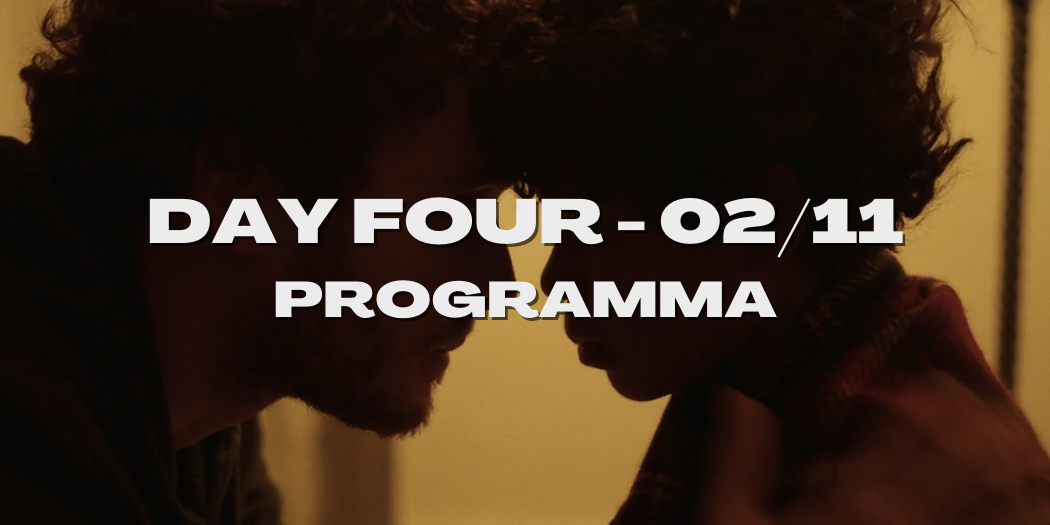 Tuesday November 2nd will see the last appointment with Nightmare Classic, another film from the International Feature Film Competition, other local productions and the SHORTer event. Come visit us at the Palazzo dei Congressi!

THE PROGRAM OF TUESDAY NOVEMBER 2ND

When the wife gets killed by the lover, the boxer Ernie gets stuck between police and the henchmen of a dangerous criminal.

In a village on the Galician coast, everyone's paralyzed but we can still hear their voices talk about ghosts, witches and monsters.

A night of terror awaits the twelve-year-old Bobby and his best friend Kevin when they were kidnapped while going back home after school.

Starting from the archive of the music manager Maurizio Stanziani, Enza Negroni tells the story f the Berlin music scene from the Eighties.

Some of the directors will be present.

In collaboration with the founding festivals.