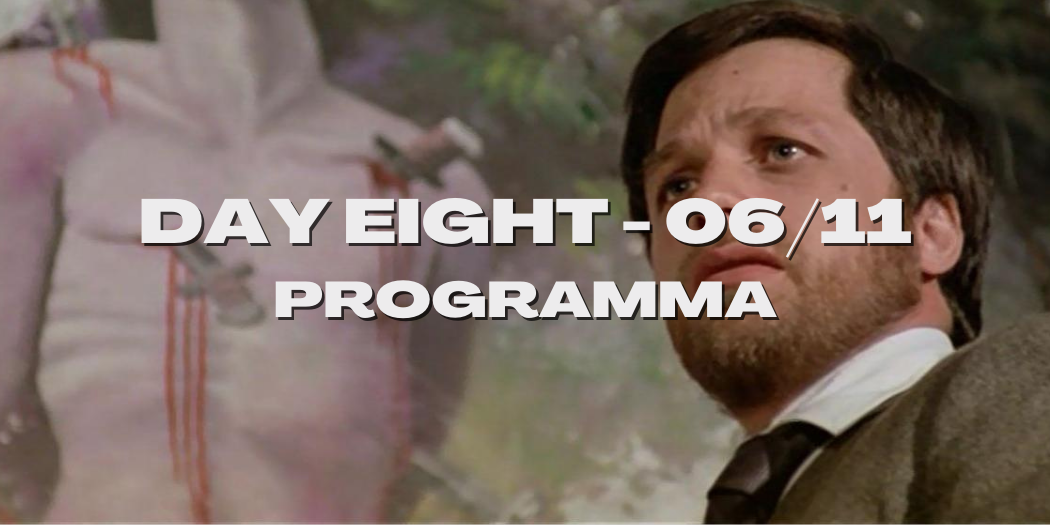 THE PROGRAM OF SATURDAY NOVEMBER 6TH

SCREENING FOR SCHOOLS. THEY SHALL NOT GROW OLD
by Peter Jackson
England/New Zealand, 2018, 100’

Peter Jackson commemorates the one-hundredth anniversary of the end of the First World War with moving videos from the archives.

When a teenager find himself trapped in a distorted reality with his idol, he does everything in his power to attract his attention but ignores the circumstances that have brought him there.

The videographer Jake discovers a portal for another dimension where he has everything he has always wanted.

The director will be present.

THE AWAKENING OF THE INSECTS by Stephanie Lansaque and Francois Leroy
France, 2021, 14’

Some of the directors will be present for the screening.

in collaboration with Circolo Sogni Antonio Ricci in Ravenna

A mad painter dies of suicide in a little town near Ferrara, after painting a scary fresco, showigin the martyr of Saint Sebastian between two laughing figures. Soon death becomes the main attraction of that place.

in collaboration with Cineteca Nazionale