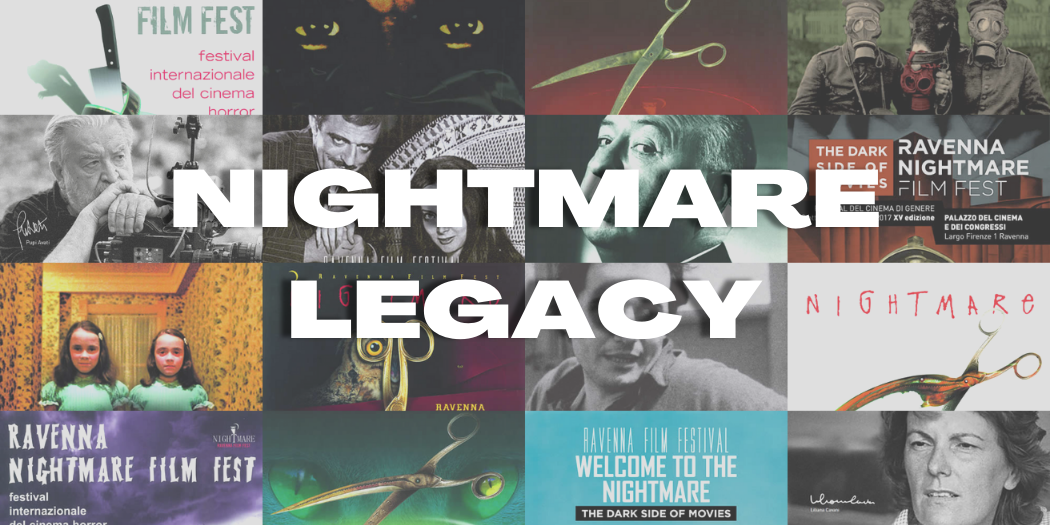 There is great news for the fans of the Ravenna Nightmare Film Fest! The festival dedicated to the promotion and enhancement of the dark side of cinema confirms its online presence on MyMovies On demand and does so on the occasion of its twentieth anniversary! 2022, in fact, will be a year full of surprises for our Festival, which cuts an important milestone: twenty years since its foundation! The event, which every year attracts to Ravenna many exceptional guests of the cinema scene and real emerging talents of the Italian and international "dark side of movies", celebrates its twentieth anniversary with the entrance to the most famous virtual cinema hall in Italy.

On MyMovies On demand, you can find the most famous films of the Nightmare Film Fest!

Ravenna Nightmare Film Fest brings its baggage of achievements, labels, awards and titles to MyMovies On demand, where it offers movie lovers the best films of the last twenty years.

We start from the most recent edition, with the titles of the XIX edition. Here is the complete list: mymovies.it/ondemand/ravenna-nightmare/.

You will be able to retrace the steps that have made the Ravenna Nightmare Film Fest one of the most acclaimed events on the "dark side" of auteur cinema and relive with us the emotions of the last twenty years!