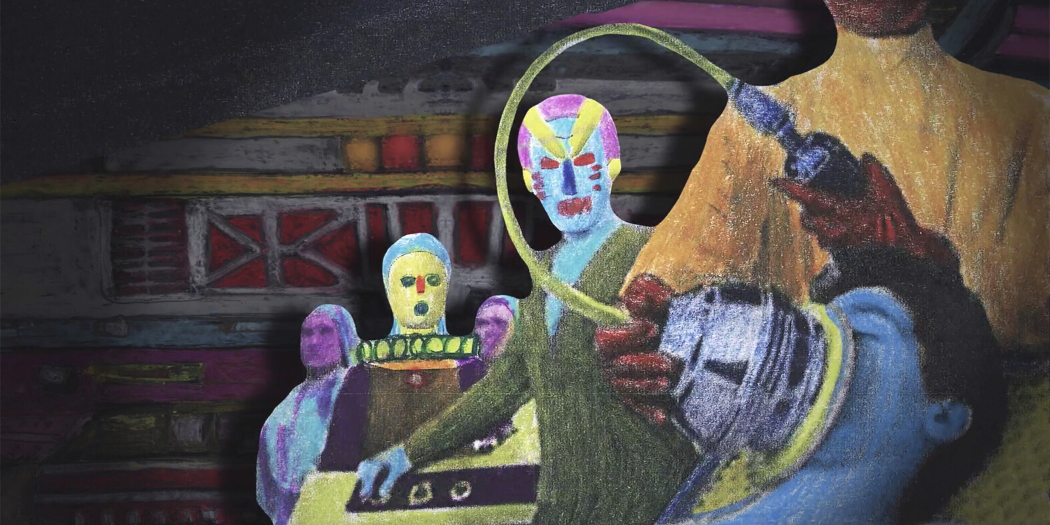 "Dystopia" is the latest experimental animation short film by director and visual artist Marco Bolognesi. The film, which you can find available on Nightmare Legacy, had its European premiere at the 19th edition of the Ravenna Nightmare Film Fest. Winner of Best Experimental awards at Toronto's Alternative Film Festival and Best Cinematography at Montreal's Horror Underground Film & Screenplay Festival, Dystopia is a journey into the hallucinated unconscious of robot George Halles populated by tormented memories and fears.

George Hellas, after a sad childhood and a tragic accident that lead him to take his own life, becomes a robot with a brain that also contains memories of his human past. Through voices, memories, images, the film traces George's life and his traumas. The theater of his anguish and projection of his unconscious is Sendai City, an imaginary city-world where the themes of identity and surveillance are the protagonists. In this narrative where the dream cannot be distinguished from reality, violence and crimes are committed that remain unexplained. There remains only the voice of the geisha, which she resounds by repeating the obedience to the programming.